What Is CropBytes (CBX): Grow Your Crypto Farmland Gains

From Axie Infinity to Splinterlands, blockchain games have been catching the attention of eagle-eyed crypto enthusiasts and avid gamers. By combining fun game design with smart tokenomics, the best blockchain games engage players while creating a hook that keeps them coming back for more. With more ambitious projects on the horizon, it’s safe to say play-to-earn games are here to stay. If you’re a casual gamer, there are plenty of promising games out there that will suit your fancy. One such project is CropBytes.

Pegged by many as a case of FarmVille meets crypto, CropBytes is a crypto farming game that lets you literally farm for crypto. Thanks to the introduction of the newly launched CBX token, joining the CropBytes bandwagon has never been easier. If you’re a beginner looking to find out about CropBytes, and whether it’s worth getting into, read on. This guide will cover everything you need to know about CBX and the future of CropBytes.

CropBytes is a premier farming simulation game that’s about growing your crypto farm in the game metaverse. From raising animals to selling produce, players can grow their portfolio through regular play.

Since 2018, CropBytes has been a play-to-earn game metaverse focused on building a sustainable game economy that rewards players for their farming efforts and strategic planning. Farmers have plenty of game activities, from selecting what animals to rear and crops to grow, to trading the produce on the exchange and collecting Superheroes. With more than 250,000 players worldwide, it’s safe to say CropBytes is just getting started when it comes to dominating the farming game space. Built on the popular Unity game engine, CropBytes can be played on Android, iOS and PC. This availability across different platforms makes the game easily accessible to both new players and those interested in trying the game.

Already got a hang of the game’s systems from viewing the helpful tips within CropBytes Academy, and want to take the crypto farming game seriously? Supercharge your progress by purchasing the starter pack so you can take your farming to the next level. While CropBytes has traditionally relied on its Game Coins (GC) for the majority of its transactions, this has now changed with the newly released CBX token, which will be the sole currency in the game.

As the second project for the Bybit Launchpad, CBX is the functional multi-utility in-game currency of CropBytes. Players can earn and spend CBX on different in-game assets like premium Superheroes that will boost your farm’s earning capabilities. An NFT marketplace is a part of the games roadmap, in early 2022. To incentivize players to actively participate in CropBytes, players can mine and earn CBX by simply playing the game and completing the various available quests.

What Makes CropBytes Worth Playing?

CropBytes stands out from the best blockchain and NFT games in three ways. First, it lowers the barrier to entry for those seeking to try the game. Instead of forcing players to pay if they want to get started, newcomers to CropBytes are loaned assets as soon as they start the game. These crops and animals last for one week, letting new players get a feel for the game’s nuanced economy.

Additionally, CropBytes prides itself on its creation of real-world value thanks to its structured virtual economy. Minigames and farming for extracts allow players to create wealth with enough playing time and to earn cumulative returns. Unlike popular role-playing games that feature assets with no value outside their platforms, CropBytes lets you trade assets so you can passively grow your in-game crypto portfolio with enough planning and time spent tending to your farm.

Lastly, CropBytes features a fully-fleshed-out in-game exchange where players can buy and sell seamlessly. This lets invested players shape the economy and determine the prices of assets through demand and supply. 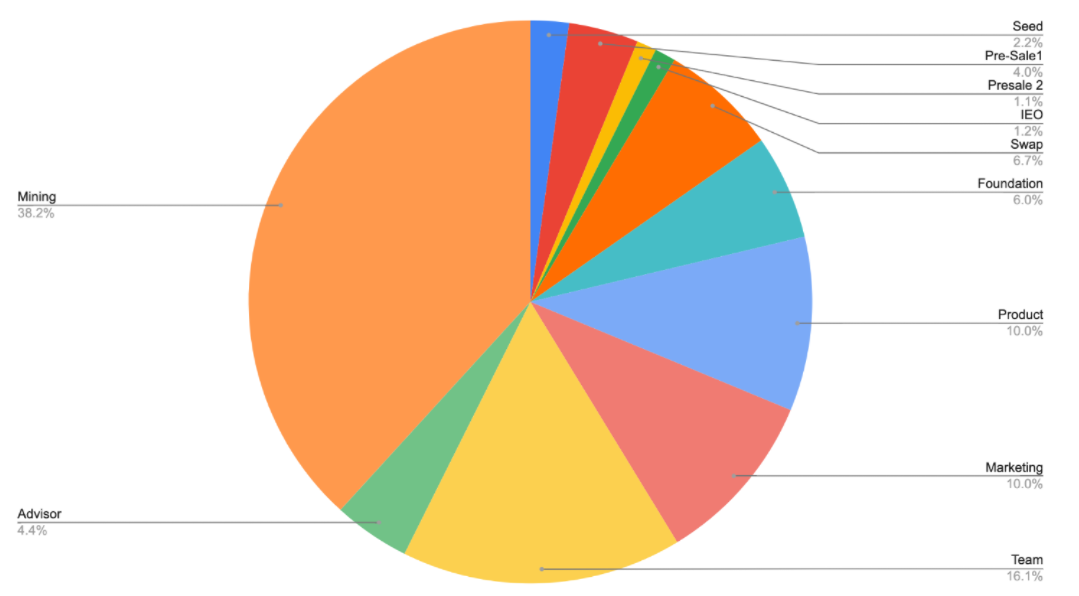 CBX has a total supply of 500 million tokens, with 3 million (0.6% of the total supply) being allocated for this Bybit Launchpad project. The rest of the CBX tokens will be distributed according to the general breakdown shown above. After creation, the unlock period for the CBX tokens is expected to take place in stages over the course of four years.

Existing Game Coins (GC) will also be converted to CBX at a rate of 1:1.12, with current players receiving 1.12 CBX for every GC they own. A special crypto airdrop of 1.68 CBX per GC will also be made available to farmers over a 15-month period from the IEO date.

Is CBX a Good Investment?

With the cryptocurrency market and global adoption gaining steam, the value of CBX as the CropBytes utility token looks promising. As more players discover and invest in CropBytes, the fixed supply of CBX almost certainly means that its price will appreciate in the long run. As CropBytes is one of the longest-running crypto farming games on the market, it’s sure to explode in popularity once NFT and blockchain games achieve mainstream popularity.

Worried that you’ve missed out on the Bybit Launchpad hype? Don’t fret, you can check out our CBX/USDT spot pair. Click the link below to register and get started.